Setting foot on stage was like a dopamine-packed shock for the brain. The stark lights, the camera glaring at your face, the crowd staring at you while the microphone slips in your sweaty grip. The anticipation felt like a horror show.

But then your name is called out. The cameras are on! And you find yourself on a stage. It’s time to shine.

Tips on how to do a TEDx talk

As soon as you start speaking, that intense anxiety you felt suddenly disperses. You know that a dozen eyes are fixed on you. But your mind is so jet-packed with your speech, you have rehearsed in front of the mirror a hundred times, that it feels like your brain has switched to autopilot.

And it suddenly becomes natural to stand there, even though you are petrified by the fact that every twitch, mumble, or weird motion you make will be on camera. But it doesn’t matter. Because fear disperses and you feel like you own that stage.

You slowly lose track of time. The words keep escaping your lips while confidence and charisma take over. And by the time you are done, you feel like you’ve teleported through a small interval of time, hearing applause echo throughout the auditorium.

That’s how my Tedtalk felt! It was unforgettable. 😀

Here are some of my Ted Presentation Tips to Consider 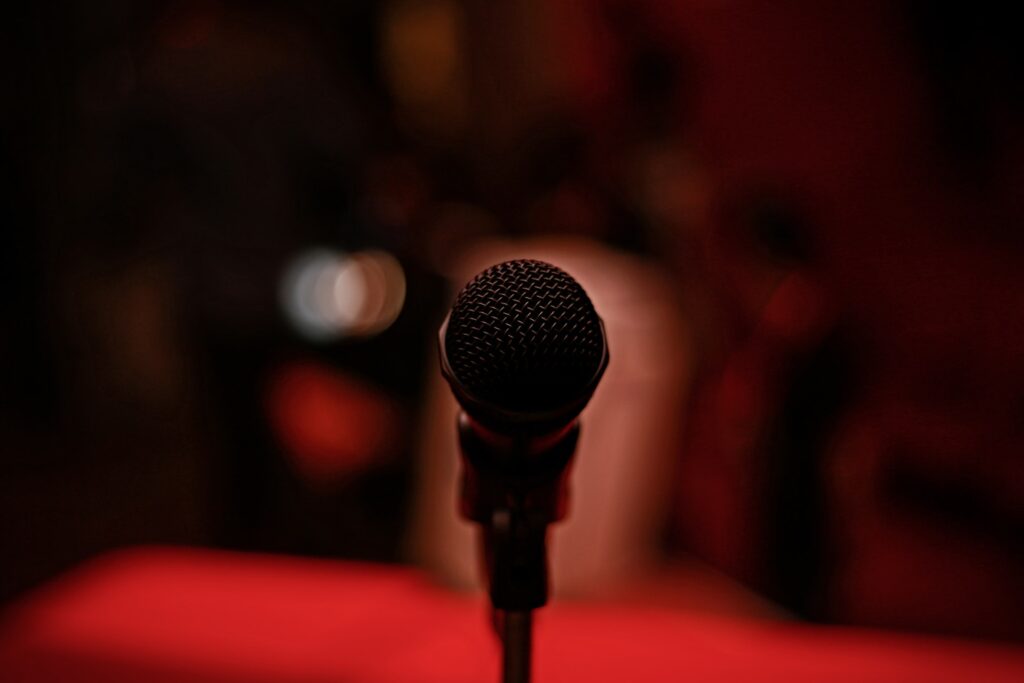 Assuming that you are finished with your preparations, know your presentation off-by-heart, and ready to rock the show, there are still many things one should be aware of. Days before my Tedtalk, I have read hundreds of articles on preparation, thoughts, and opinions to prepare to the best of my abilities. But there were some things that no one told me. Here are some.

Hydrate, at least a Little

This is obvious. But the problem lies in the fact that you will feel nervous. And some people like me, are incapable of consuming anything.

I was feeling extremely tired after a 17-hour flight and anxious before going on stage. Despite having experienced multiple debates, public appearances, or performing on stage, you just can’t help but feel like your guts are getting entangled. And even though I skipped breakfast, I shouldn’t have stepped on stage without at least rinsing or getting a gulp of water.

The problem is that a Tedtalk usually lasts around 15 minutes. Yet after about 5 minutes of my presentation, my mouth felt so dry that articulation became difficult and I constantly battled to utter words. There’s nothing more distracting than hearing someone speak with cotton mouth. Luckily my presentation was only 10 minutes long. But if it were longer, I would’ve struggled. So make sure you drink just a little.

Put a lot of Effort into your Slides

At first, I was hesitant about whether slides would be necessary since 75% of my presentation was based on personal experiences and valuable ideas for the audience. And I confidently stored all information in my head. But slides are actually your best friend throughout the entire time.

Usually, you will have an HD-TV or small screen in front of you with a laser pointer to switch between slides. This helps you to keep track of where you are and also gets people engaged more. When you are on stage, mistakes can occur where you stumble between words or passages. But these slides can keep you and your audience on track

But most importantly, you avoid looking back at the screen, which can seem very unprofessional. By all means, put enough effort into your slides. It can be lifesaving! 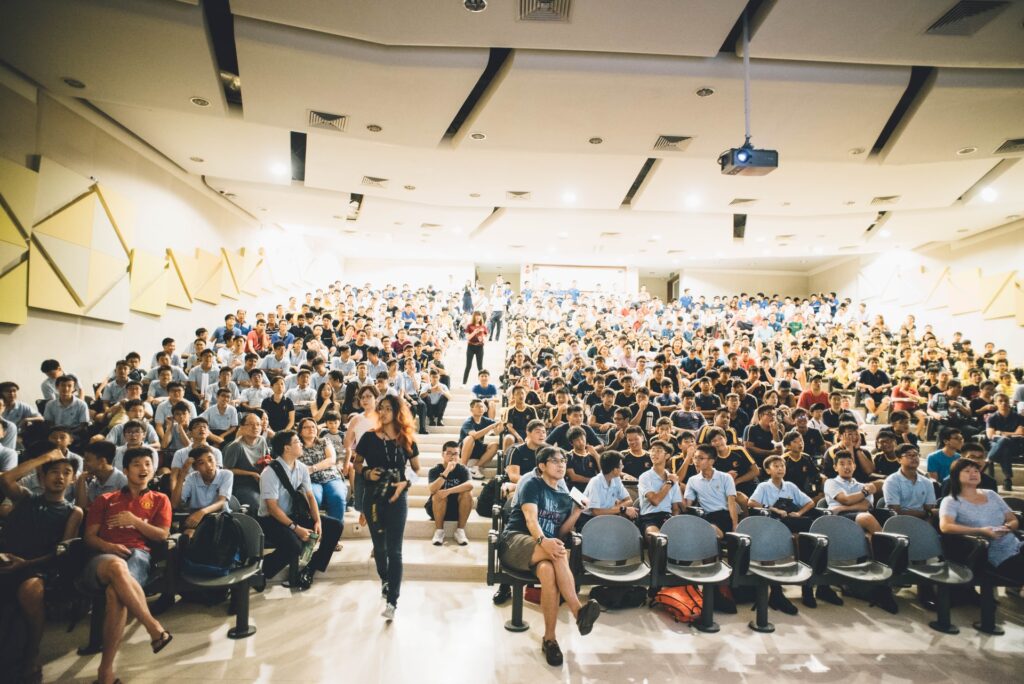 You are in the spotlight. Literally! The brightness will be unusual at first if this will be your first time on stage. So it is important to rehearse a day or two before your actual Tedtalk. Ted stages are usually in darker rooms, large halls, or auditoriums as if you are in a cinema.

So if you will present in a place like this, without any windows or lamps, be prepared for this. It might take a few seconds until your eyes get used to the light.

The key is to face your audience and take glimpses of your small screen in front of you that has all your slides. Don’t focus on anything else. After a few seconds, your eyes will get accustomed to this.

This really depends on the stage and the way people are sitting. I was in an auditorium with 200 seats, stretching about 12 meters horizontally. So I was occasionally turning my body left, right or facing the center as if actually talking to my audience.

Even though you won’t really see the people sitting in front of you, (because of the intense lights fixed on you,) you should always keep in mind where they are sitting. You have to keep them engaged as if talking to them on a personal level.

Distractions while you Present

Since I was the first speaker out of five, I managed to avoid this problem. My presentation was 10 minutes long and hopefully engaging enough.

However, the fourth speaker was on stage for nearly 20 minutes and felt distracted by an audience that slowly lost focus and began whispering. But this also happened with the fifth speaker. Just keep in mind that with a larger audience, there are some people who will soon lose focus, start whispering or just stare at their phones.

Don’t feel discouraged by this. 90% of the audience is there because they are interested in what you have to say. Also, not every talk has to inspire an incredible idea. Remember to tell a story; take the audience on a journey with you.

Welcome to our Blog! 👋 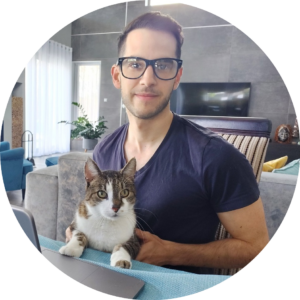 I’m a part-time blogger and internet entrepreneur. Join me and my Cat-assistant to learn how to build the next generation of online businesses and scale up your income streams.

Table of Contents hide
1 Tips on how to do a TEDx talk
1.1 Here are some of my Ted Presentation Tips to Consider
1.2 Hydrate, at least a Little
1.3 Put a lot of Effort into your Slides
1.4 Strong Stage-lights
1.5 Body language
1.6 Distractions while you Present
Scroll to Top